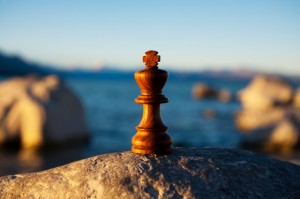 Let’s have a look at our top five, and see if you’re making any of these mistakes in either your business or personal lives.

Avoiding confrontation will allow an issue to fester, at best, or create an entire workforce of unhappy, unhealthy people, at worst. If you’re a leader who just can’t handle conflict, then take the initiative to assign the task to others,”…empower a COO or HR head by giving them full authority (so that the person they confront doesn’t come complaining back to the founder).”

You Hire Advisors, but Don’t Listen to Them

Advisors are hired to help you see through the clutter. Not taking their advice, and continuing bad habits or processes, is a big mistake.

You Don’t Accept When You’re Wrong

No one likes to be wrong. But no one can be all things to all people. You simply can’t know everything. As Goulston writes, “It is very difficult for people to face the many areas they are deficient in. Beyond the feeling of facing their inadequacies is then having to be dependent on and trusting those people filling those deficiencies.” Try to be less controlling and more trusting, mixed with a little bite of humble pie.

You Wait too Long to Cut Your Losses

It’s tough to recognize you might have backed the wrong horse, whether professionally or personally. But often it’s better to cut your losses to avoid wasting more time, money and energy on a losing venture. “This is similar to the example of continuing to fix a lemon car hoping to recoup all the money you’ve put into it.”

You Engage in Favoritism

Mom probably did love one of her kids best, but don’t make that same mistake with your employees. While dramatic, anyone who’s been through this experience knows Goulston isn’t exaggerating when he states, “Making certain people feel more important (for no merit based reason) than others can insidiously poison a culture and cause non-favored people to respond with non-productive behavior. It lessens people’s respect for the leader who appears to have been successfully brown nosed and manipulated by the highly political people they have favored.”

Do you make any of these mistakes? What would you add?

I am the President/CEO of Wise, one of the largest independent print and marketing services providers in the U.S.    END_OF_DOCUMENT_TOKEN_TO_BE_REPLACED